Why one barrel may be all you need to go shooting

Over and Under or Side by Side? This is the choice that most people make whenpicking a shotgun. But very few ever consider the single shot. But why would you want just one barrel when you could have two? This is an interesting point but why would you need two barrels. As Simon Reinhold states in this article, “Get it right with the first barrel and you won’t need the second.” An odd concept and alien to many but in theory makes sense.

There’s something nice about a single barrel too. Very light and nimble in the hands a single barrel feels like nothing else. This means you can take a 12 bore cartridge in something that weighs less than a 20 bore. This will give off a fair bit of felt recoil but these aren’t designed for big days or clay bashing.

The key focus with a single barrel is focus! Missing the follow up shot you have to be spot on the first time. Initially, this may be frustrating but there is an amazing amount of satisfaction when it goes right. It’s a great way of getting your eye in as you become aware of the lack of follow up shot. You also find a natural rhythm to shooting this way, a brilliant addition to take to a clay group or a pigeon hide.

In Simons’s case, he took his on a walked up day. Not the standard choice but certainly something special. But as Simon says the success or failure of the shot isn’t the most important part of a day shooting. 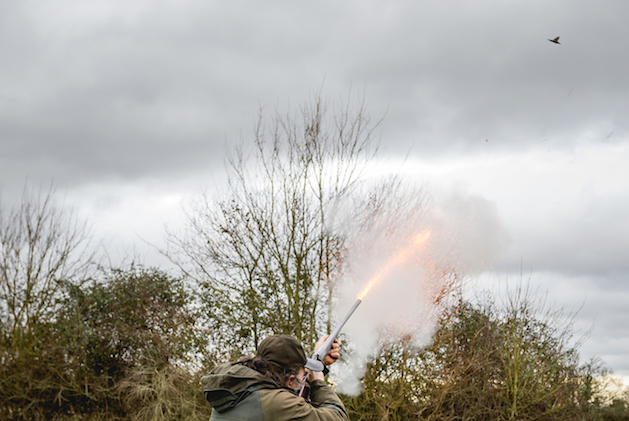