The Boxlock and Sidelock actions are the two most popular actions available at the moment. What benefit does each one have and does it make a difference? The Purpose of the lock is to release the mechanism within the action once the trigger is pulled to then set off the cartridge. The lock then resets as the gun is opened and closed ready to do it all over again. In layman’s terms, this is all very simple but each action does this in its own way. The action is also the most critical part of any gun. You can have the perfect walnut and well balanced barrels but a weak action will let it all down.

After hammer guns the standard choice was the sidelock. The sidelock is incredibly intricate with many working pieces carefully placed together to complete one piece. Traditionally guns were incredibly expensive and this was a reflection of the amount of work that was required. To make a sidelock each of the parts had to be made by hand in proportion to the other. Often this was over 50 individual parts that had to be made and moulded into perfect angles to work with each other. This process is now somewhat easier with modern machining but the parts still have to be checked by hand. The purpose of this is a crisper trigger action than you could replicate otherwise. For the discerning gun, the sidelock is the pinnacle of shooting. At that point, you’ve bought into shooting like few can, you’re holding a piece of history and art all at once. 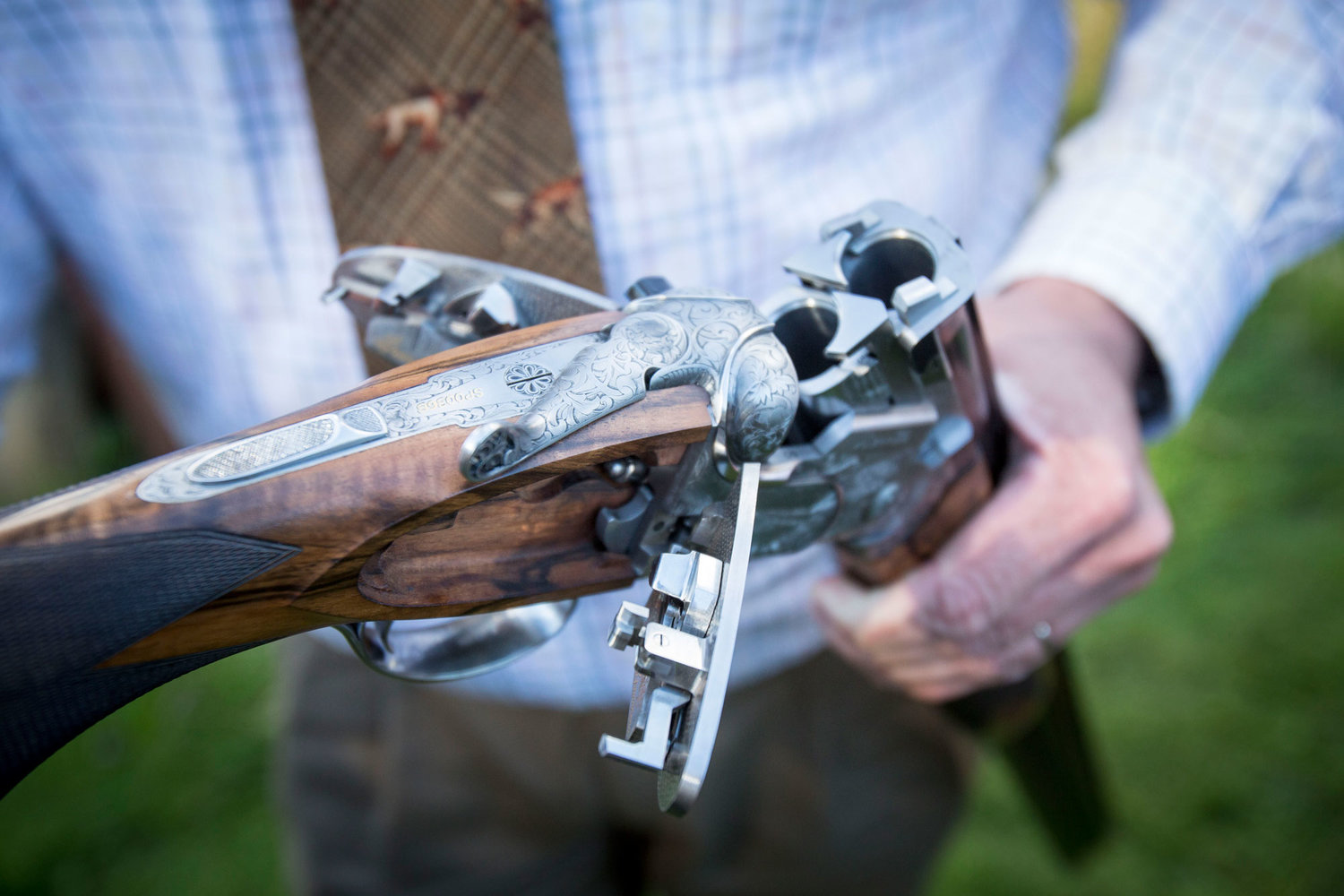 Beretta’s SO Sparviere showing off its sideplates. Image from Scott Wicking

The boxlock is the standard for most guns made today. Far simpler than the sidelock in a smaller action. The lack of intricate parts means fewer hours needed to put them together. With less to go wrong and fewer moving parts, these guns are dependable and reliable. If you consider a true sidelock from Beretta like the SO5 starts at 24,500£ and the side plated boxlock SL3 is 5000£ less. That difference is a lot of cartridges! The point being that the most refined boxlock with the best wood and engraving can be had for less than a sidelock. The boxlock is the choice of many even top level shooters. In competition, the simplicities of a removable trigger mean competitors can remove and repair their gun at the stand should they need to. The biggest difference will always be the trigger pull, the leaf springs from Perazzi offer the most refined alternative to a sidelock without the cost. The Boxlock has been refined immensely and will likely be the first gun you own and could possibly be the last gun you own. Especially if you commit to something bespoke which you can read about Here.

Boxlock and Sidelock actions have stood the test of time respectively. Appealing to different audiences while performing similar jobs. Its key to note that with the introduction of sideplates looking to resemble sidelocks one has more prestige than the other. The sidelock is longer for function but the boxlock for form. Those wishing to throw thousands of cartridges into the ait should probably choose a boxlock for its durability. Those who appreciate fine craftsmanship and want to shoot should choose the sidelock for its historic context and unique style. I believe everyone would dream of owning a handmade sidelock purely to experience shooting in its purest form. Will you notice the crispness of the trigger when shooting a flurry on your fifth drive of the day, most likely not. Will most guns need to change a leaf spring under the spotlight of competitive shooting, unlikely. Whether its Boxlock or Sidelocks we should all get the immense excitement of getting either out of the cabinet.