Should you keep your dog in the house or in kennels

This is an age old question. One side saying that a house kept dog is soft and lacks the drive of a kennel kept dog. The other side saying a kennel kept dog lacks human personality and once kept outside is difficult to bring inside later in life. I believe there are elements of truth on both sides. So should you keep your dog in the house or kennels?

In the trialing world, the majority of the dogs are kennel dogs and this is the way it’s done. The dog lives to work and has its jobs to do. By living in Kennel and coming out to work its clear that life revolves around work. The converse of this is the house dog. Living inside and having the freedom of roaming room to room living in comparative luxury. It’s hard to access whether there are obvious signs between the two in the field. A well trained dog from either side will work just as well in the field. So should you keep your dog in the house or in kennels?

The biggest decider as which way suits the owner’s lifestyle best. For many people there just isn’t the space to have an outside kennel and locking them in a small room in the house wouldn’t be fair. Also, the purpose of the dog will be clear from the outset, if you’re just wanting a pet then a kennel would be overkill. However, if you see the dog as a tool and work in the field over 100 days a year a kennel may be appropriate. If like many, a dog purpose sits somewhere in between then it will come down to preference. Personally I have space to kennel the dog but he’s become part of the family. With young relatives coming around before lockdown, him being used to a noisy environment was essential. With him working less than 20 days a year it seems unreasonable to kennel him full time.

Should you keep your dog in the house or in kennels. I called a Gamekeeper I know to get his perspective on the situation on kenneling dogs. Strangely enough, he has 2 dogs in Kennels and one in the house. However, he is looking at getting a pup later in the year who will be housed initially but then moved into Kennels. His perspective was that after rescuing the two in kennels they’d be better suited staying in kennels but his dog has always been housed so nothing changed. The pup will go into a kennel because having 4 dogs would be too much to have in his house. In reality, he sees little difference in the way the dogs work and just things it’s about preference and lifestyle. 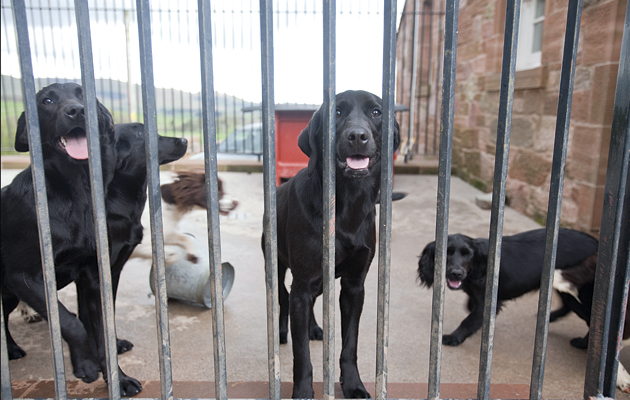